In April we will celebrate the death and resurrection of Jesus Christ: the only person through whom we are reconciled to God. 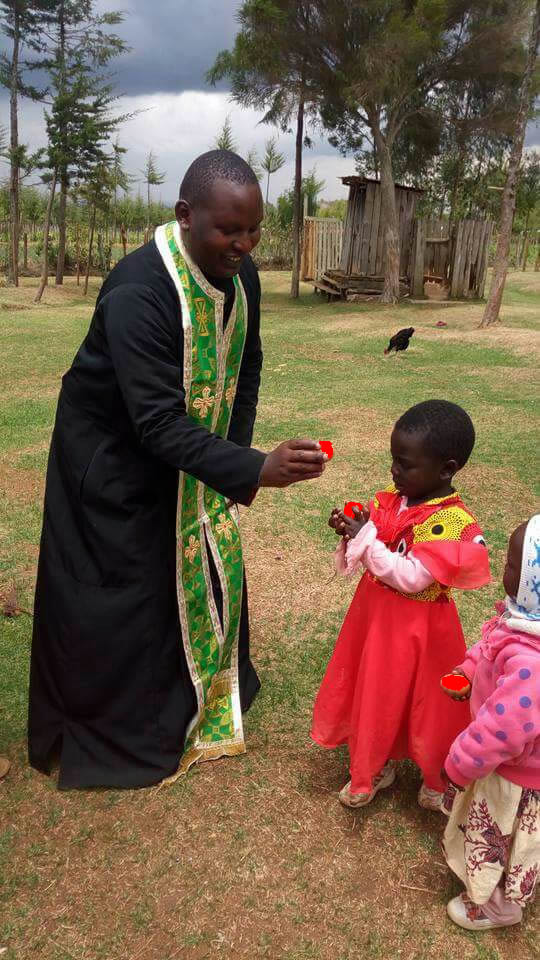 Easter in Kenya is celebrated according to the Julian Calendar used by the Eastern Orthodox Church, rather than on the date used in Catholic, Protestant, and other Western churches that use the Gregorian Calendar. “Orthodox Easter” often, but not always, occurs a little later in the year than does non-Orthodox Easter.

This year the Orthodox churches celebrate Easter on the Sunday after Roman Catholics and Protestants mark the holy festival. The Western Christian church follows the Gregorian calendar, while the Eastern Orthodox uses the older Julian calendar and the two Easters are often weeks apart.

Does the Orthodox community celebrate Easter with colorful dyed Easter eggs?
In the Orthodox tradition, eggs are a symbol of new life. Early Christians used eggs to symbolize the resurrection of Jesus Christ, which thus signifies the rebirth of all believers. The Orthodox custom is to dye Easter eggs a deep red color. The red represents life, victory and the blood of Jesus Christ. At Greek-Orthodox Easter parties, a game called tsougrisma (pronounced TSOO-grees-mah) is commonly played using the red dyed eggs.

A quick lesson on how to play tsougrisma:

1 Dollar can buy an egg for the kids to play tsougrisma . Donate Today

What is Holy Week like?
The Greek-Orthodox Holy Week is a magnificent rollercoaster of sentiment and tradition. Greek-American actress, singer and producer, Rita Wilson, wrote a beautiful piece on her most cherished Easter experiences. She wrote:

“Holy Week, for a Greek Orthodox, means you clear your calendar, you don’t make plans for that week at all because you will be in church every day… It is a powerful, beautiful, mysterious, humbling, healing and moving week. It is filled with tradition and ritual. It is about renewal and faith.”

If you have a Greek-Orthodox friend, I’d urge you to tag along to at least one Holy Saturday midnight service in your lifetime. Directly following the midnight liturgy, also known as the Anastasi service, most churches offer an Agape Meal (or love feast). The agape meal is always one of the best nights of the year! For me, the agape meal includes breaking my fast immediately after church, playing tsourgrisma and celebrating the resurrection with my siblings and cousins. We tend to chow down on lamb, feta cheese and tsoureki (a delicious Easter sweet bread) until the wee hours of the morning. Delirium tends to set in at the agape meal, which is normal considering it’s usually 2 o’clock in the morning following a busy Holy Week. Easter creates this tangible feeling of frenzy in the air filled with love, gratitude and laughter.

Donate Today and Support Us!